Antholojam is a collection of fifteen (!!!) browser-based games resultant from a month-long game jam based around themes from the Golden Age of Sci-Fi. Meant to be enjoyed in less than an hour apiece, each game pays tribute to its inspiration with a wide variety of engines, settings, and mechanics. Presented in their unadulterated glory: 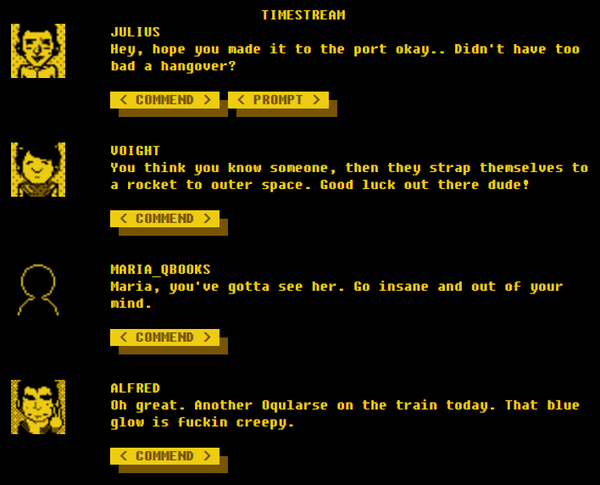 Killing Time at Lightspeed: On a time-dilated voyage away from earth, one minute of your time can stretch for years back home. There's only one thing to do: Browse social media, of course.

Tonight Dies the Moon: From the author of HORSE MASTER: THE GAME OF HORSE MASTERY, comes a Twine game about life during war between the Earth and Moon in the year 2000. Fall in love, subsistence farm, make spreadsheets, and wear colorful jumpsuits! 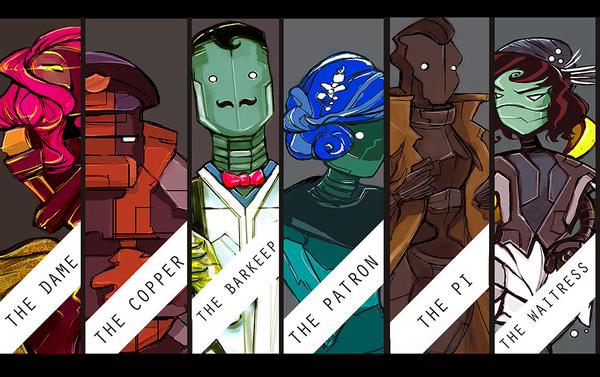 Steal My Artificial Heart: On an android moon colony, a brutal murder of a metal madam seeds mystery in a cobalt-collar bar. Piece it together in this beautifully-illustrated neo-noir whodunit.

Fire Theft: A government agent is sent to investigate a power spike in an industrial district, only to find a warehouse playing home to a group of runaway AIs working towards… Something. 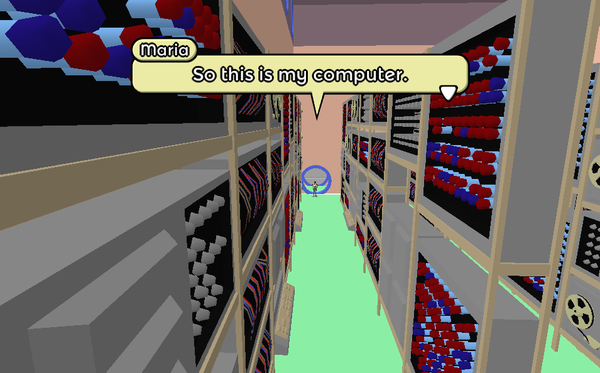 Planet of a Poisoned Past: Discover the true purpose of your mission as a member of a research and mining team sent to extract Ultra-Steelium from an alien planet in the far-off year of 2003. 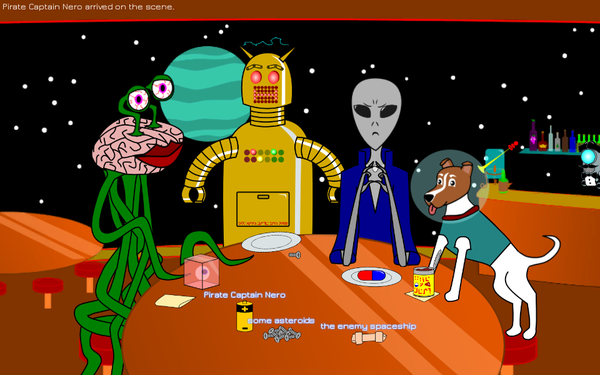 Does Canned Rice Dream of a Napkin Heap? Two aliens, a robot, and a canine cosmonaut walk into a spaceport bar. Now you have to get them to pay for your drinks by sharing a tall tale of galactic intrigue to keep them entertained. 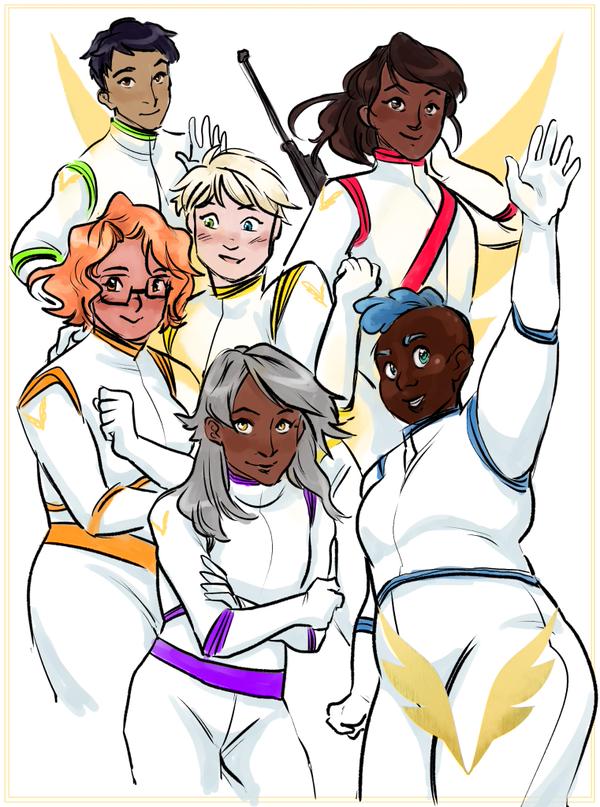 Valkyries of Vela: Keep your rayguns at the ready and join the Valkyries in this intergalactic card-based dungeon crawler. 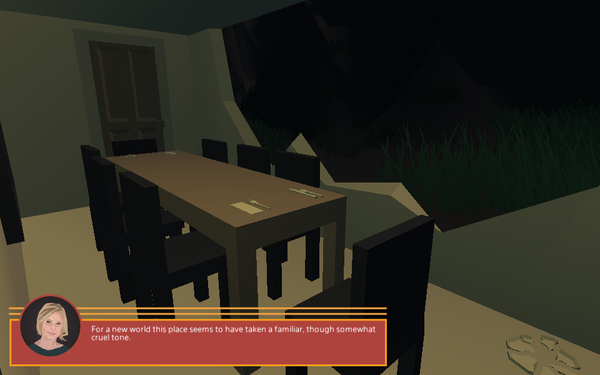 The Absence of Is: In a future world where humanity has developed the technology to explore the fringes of consciousness, a group of researchers takes the first journey to record the afterlife. 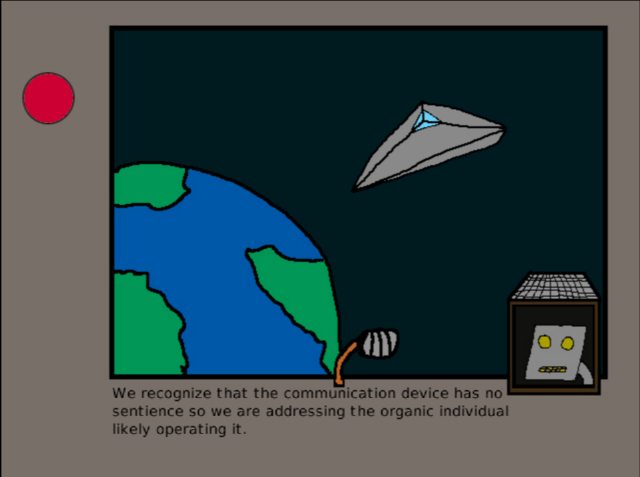 Intergalactic Ambassador: Negotiate with alien lifeforms entering our solar system to determine their intent, build bridges, or torch them outright. 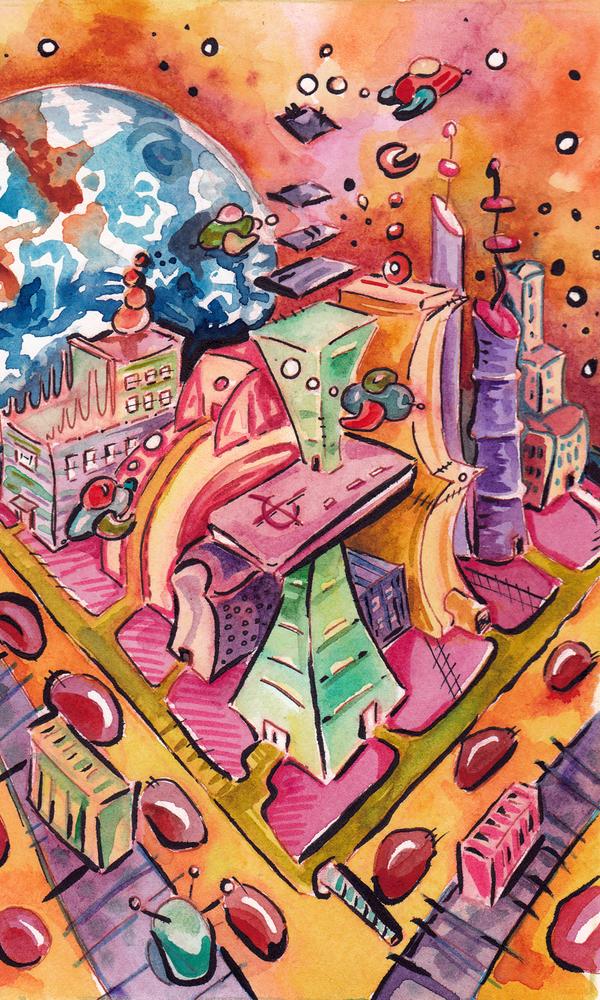 The Lost Chrononaut: Craft a unique story as you pursue your destiny in this card-based time-travel adventure. 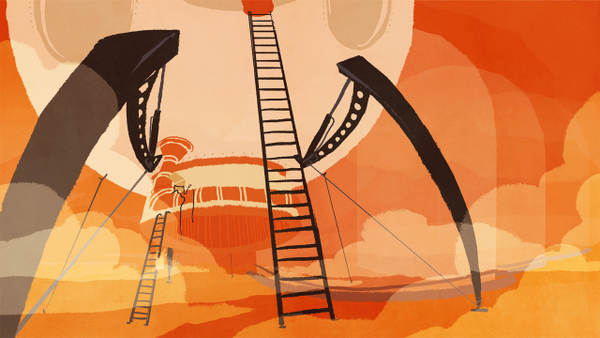 A Call to Mars: A signal from another planet brings Earth's nations together to send five representatives to alien soil. Met with a desert out of a dream, how will they reconcile with their environment and each other? 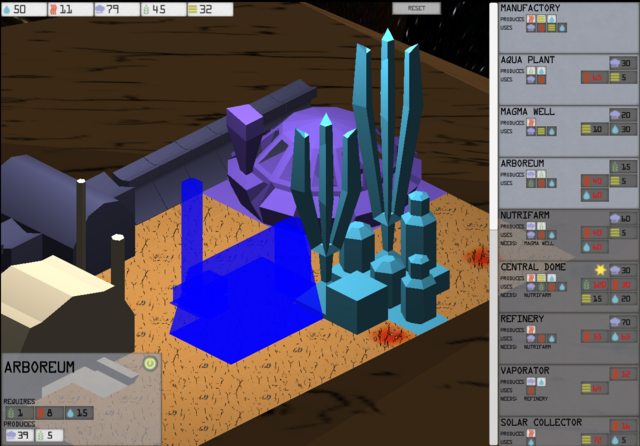 A Planet Wakes: Work your way towards a space elevator off a barren alien planet in this base-building terraforming sim.

Voice of Vamana: A lifeless alien ship, the first proof that we are not alone in the universe, enters our solar system on a collision course with the sun… And you are the first person to intercept it. 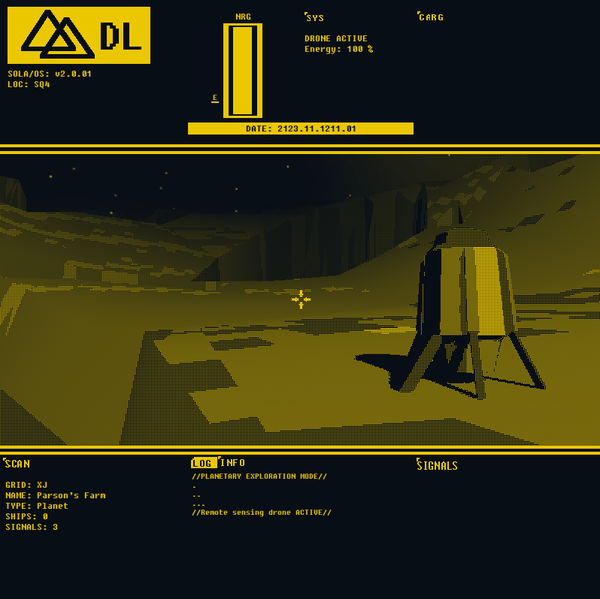 Orison of Mercury: As a deep-space miner, you are duty-bound to extract and deliver a payload with limited resources. Your computer's interception of several anomalous transmissions may tempt you otherwise. 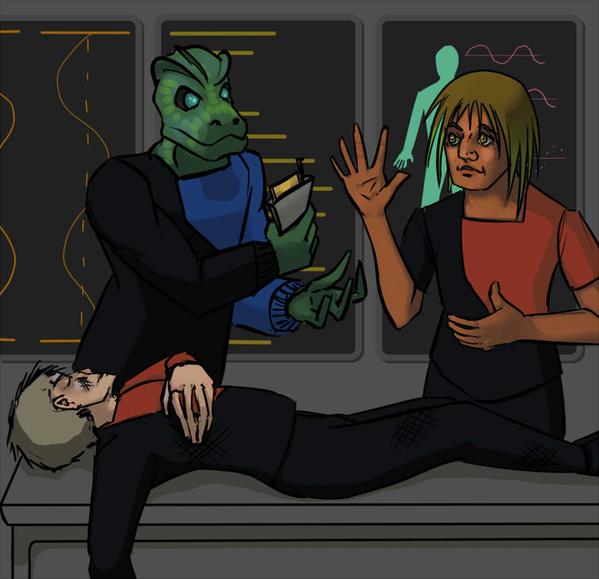 Space Journey! A tabletop improv game where you and your friends star in a popular pulp sci-fi space exploration show… Where the director has lost the script. The show must go on!

Antholojam is available for free or pay-what-you-want, with profits distributed evenly between all the participating teams.

Special thanks to all the participants. Inspired by a conversation between Zoe Quinn and Jon Gomm. Cover by Elizabeth Simins. 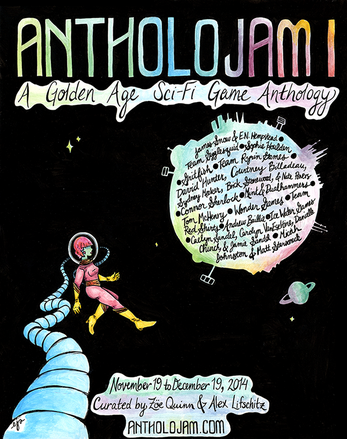